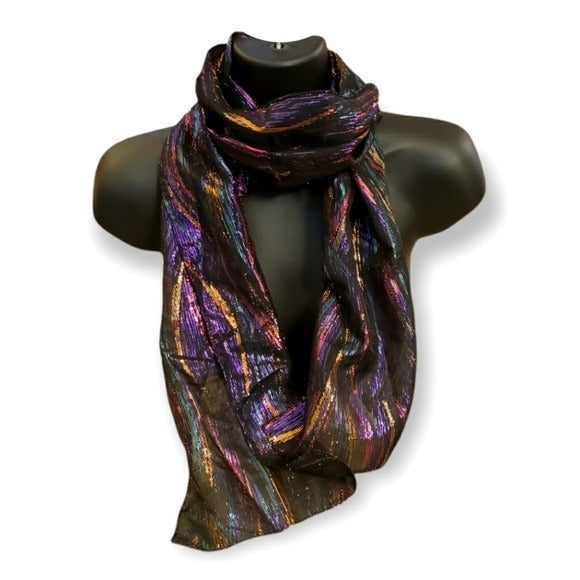 I love this scarf! I would say this is 1980's evening wear, but honestly it could be 70's disco - a little bit of a Halston attitude woven in it. It's in great shape with no holes or stains and it's long, about 56" x 10" so this could be wrapped around as a crop top, in your hair, or around your neck - among some of its many uses. The metallic threads are in pretty shades of blue, gold, purple, and a mauve like pink. one note - the metallic threads to appear to have some breakages if you look at them closely. This appears to be expected with the type of material they are and as far as I can tell it doesn't actually affect the look.